Towards the end of the war, the London population had become expectant of German bombing attacks, especially in factory heavy areas of the East End. Although the Blitz had ended, retaliation bombings were a common occurrence, and people were more prepared than ever to get to the closest shelter. In Bethnal Green, the obvious choice was the deep-level and as yet unopened underground station.

On the 3rd of March 1943, as air raid sirens began their familiar wail, people in the area began to flock to the entrance of the station and make their way down the flights of stairs to the bunks. Around 500 people were already down there due to already anticipating a return attack by the Germans, and in the past the station had housed up to 7000 during more intense periods of bombing. The stairs were wet due to rain and made for difficult passing.

At around 8:20, anti-aircraft gunners began retaliatory strikes against the incoming Luftwaffe; however, these were new, and the sudden loud bursts panicked the swelling crowds to push faster down the stairs. A woman with a baby was the first to slip and fall at the bottom. As people further back had no idea what was happening in the tunnels, they continued pushing forwards. More and more fell, and it is estimated that hundreds piled in, all in the space of 15 seconds.

Rescue efforts were instigated as soon as realisation kicked in as to what had happened. Despite this, 173 people were killed in this tragedy making it the deadliest civilian incident of the war. To keep morale raised, the fatalities were kept secret and the news coverage censored. It was not until 50 years later that a memorial plaque was finally erected honouring the memory of those that had lost their lives that night. 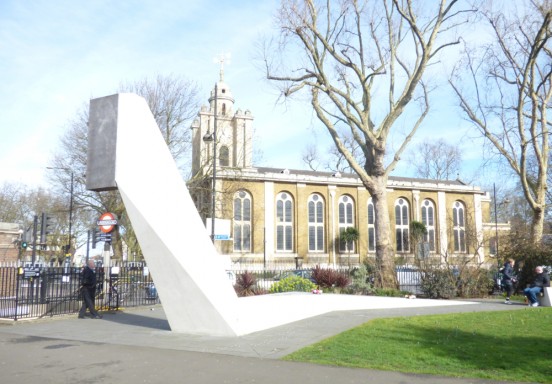 The Stairway to Heaven Memorial Trust was set up in order to raise funds for a memorial statue, for the friends and family of those who were lost. Any donations you could make to help fund the completion of the memorial would be appreciated by the Trust. Please go to their website to find out more about the appeal and how to donate.