The exhibition is presented as a giant storybook to walk through. Come take a look inside Jonah’s head and follow his adventure!

Some brilliant and creative minds of Shaftesbury Park, Hague, Chisendale and Jubilee Primary School have been invited into the story and they created their own stunning artwork. The artworks of the children will be part of the exhibition. 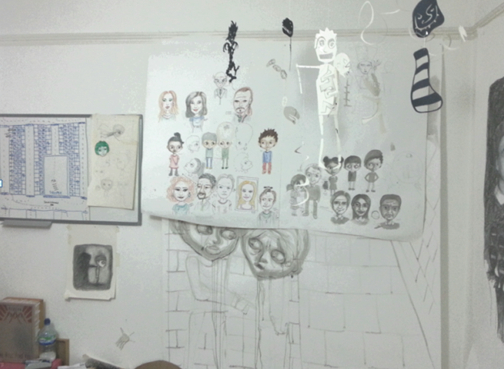 Elsbeth van der Poel first realised that she could use art, her imagination and the cathartic process of art making to overcome her struggles with depression. “I’ve always known I could get out of it, I had no idea exactly how.” But in utilising her artistry and her imagination she found a way out of it and project WorryBoy was born.

Inspired by her own path to get out of it, the idea of WorryBoy first sprung to life from her life-coach’s revealing self-portrait of the artist during one therapy session. “She sort of drew this stick figure, explained to me that the way my energy was working meant that I had it sort of tied up around here (in my head). She drew me as having a big head, and I thought that would be funny for a story”. 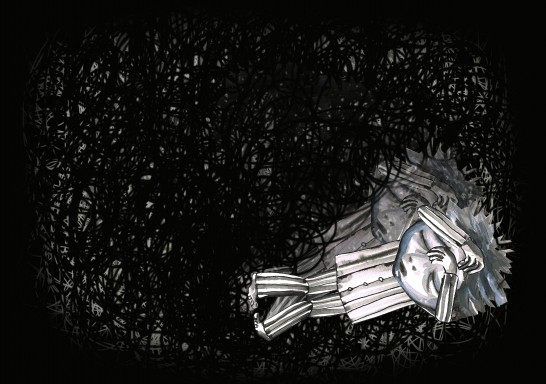 From then on, Elsbeth worked on the project intermittently over the last 15 years, “drawing and putting away”, trying to delve deeper into Jonah. Her fictional hero on a mission to save himself from his own head. “He was just like I was as a child, just worrying about everything, really scared about life and seeing everything as threat”. Unlike Elsbeth, Jonah wakes up one day to find that his head has grown tremendously in size. Jonah had worried so much, that he’s managed to create an entire town in his head. Every fear, worry and thought he’s had turned into an actual character living in the nightmare town Inneshead. 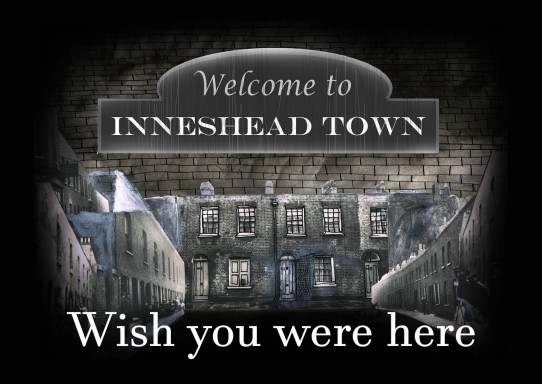 “Once I got out of my depression, I thought I would love to create something for children, something would have helped me as a child.” As Elsbeth’s way of giving back, she invited a selection of Primary school children to interact and engage with Worryboy. Year 5 of Shaftsbury Park Primary School, Year 6 of Hague Primary and Year 5 of Chisendale Primary have all been allowed to enter Jonah’s world, collaborating with Elsbeth to create art pieces that will feature in the exhibition. ”Through the storytelling and art-creating the children are learning more about themselves; about their own fears and worries, but most importantly about the power of their own imagination”.

It is through this experimental process that Elsbeth has been able to introduce aspects of Mental Health awareness to Primary school audiences, with an approach that’s both subtle and innovative. By using the power of your imagination to rise above it.

Don’t miss it. We look forward to welcoming you in. More about WorryBoy in Kickstarter.

At Oxford House Gallery until the 30th of June.