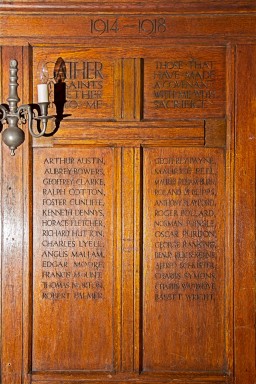 High above the roofs of Bethnal Green, on the wood-panelled walls of Oxford House’s chapel, are engraved twenty-eight names. These were the men who left Oxford House to fight and die in the First World War.

Among the first listed on the memorial are Geoffrey Clarke (left) and William Aubrey Bowers (right), both educated at Winchester College and New College Oxford, their names side by side. Clarke was keen to study the socio-economic conditions of the East End and published a book on the subject in 1914.  They would die within a single day of each other, killed at the very beginning of the Battle of the Somme.

The Oxford House men often brought their ministry with them to the front. Maurice Peel had been a resident of Oxford House in the 1890s before becoming Vicar of St Paul’s Beckenham. At the outbreak of war he joined up as a chaplain, and after being wounded in 1915 he returned to the front again. He was killed in May 1917 while trying to save a wounded man. Writing afterwards, his divisional chaplain said, “It is no use telling you how everyone worshipped him, for you must know his wonderful qualities”.

Among the scholars listed too is Horace Fletcher, who joined Oxford House in 1912 in the hopes of becoming a priest. Enlisting at the outbreak of war, he served in the eastern Mediterranean until his death in action in 1917. He was 27. Writing to his mother before he died, he asked: “Do you think that the experience of this war has made the general public realize that there must be other ways of settling points of dispute which are as satisfactory as the way of bloodshed?” 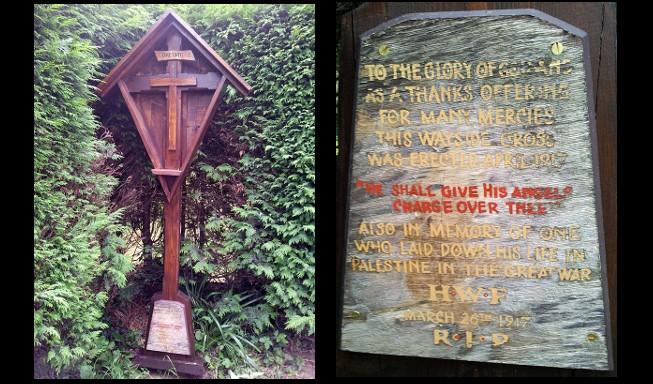 If you are aware of any connections between the names on the memorial and your own personal history, please get in touch via email at heritage@oxfordhouse.org.uk, or find us on Facebook or Twitter.