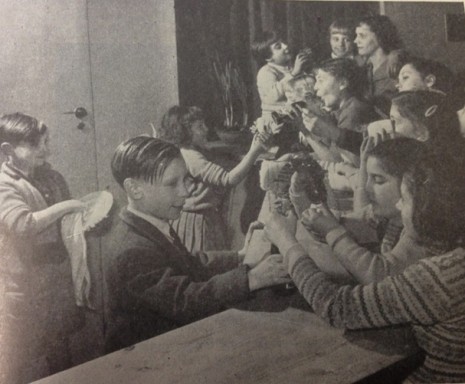 In its early days Oxford House held no place for women. For the young priests and ordinands who lived there, it was a monastic settlement on the model of the Oxford College, devoted to work and study. Maids waited on the residents by day, but even they were forbidden from living there. Undeterred, the women of Oxford started their own settlement at St Margaret’s House in 1889.

But the work of the two settlements was kept separate, and the first clubs Oxford House set up in the community were for men and boys alone.

Change, when it came, was fiercely opposed. When in 1938 Head of Oxford House John Lewis had his wife move in, one member of the House’s Council, Lord Hugh Cecil – then Provost of Eton – resigned in protest. And though tentative attempts were made to introduce mixed activities in the clubs, the House was quick to reassure members that it had no intention of going any further.

But with the start of the war everything changed. By 1940 girls had started to ask to join in the activities of the boys’ and mens’ clubs. A girl’s club was started, run by the few women now on the staff of Oxford House. According to the annual report from 1940-1941, girls would 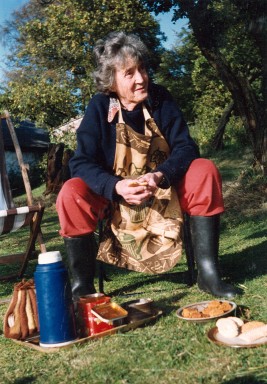 Among the leaders of the girls club was the wife of the new Head, Molly Clutton-Brock. Later, she would go on with her social work to create pioneering physiotherapy clinics for disabled children in Rhodesia and Botswana.

By 1946 women could play a full part in the life of Oxford House, both as student residents and members of the local community. The war had broken down the boundaries between the residents of the House and the community of Bethnal Green, and with them the barriers that had kept women out of Oxford House.

Do you have any personal stories, from yourself or family members, about Oxford House Girls Club, or Oxford House Junior Club? Get in touch via email at heritage@oxfordouse.org.uk, or find us on Facebook or Twitter.